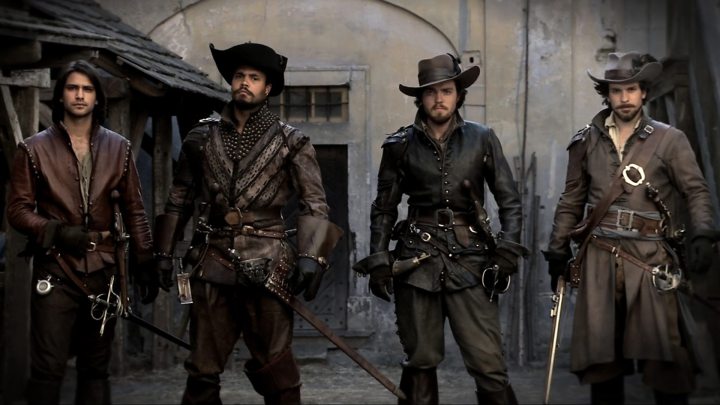 The BBC version of The Musketeers appeared on television screens in 2014 and concluded its three series run earlier this year, and what a run it was. With three series and only thirty episodes, The Musketeers, is really a show that is just waiting to be binged, which is what I did this summer and why I’m suggesting you should too.

The Musketeers combines some of the best of British drama, storytelling and wit, masterfully. Each series can stand alone on the central storyline that plays out through the ten episodes of each series, as well as working well collectively to tell over an encompassing story of the King’s musketeers over the three series. The show really has something for everybody, from the many different action sequences, to the brilliant comedic spins, to the consistent writing, the heart-pounding suspense, to effective villains, to the bromances and romances, and the historical undertone of the politics that were played out in France in the 17th century which is the period in which show is set.

What makes this version of The Musketeers standout amongst the rest interpretations of Alexander Dumas’ novel is the cast of characters and the chemistry and dynamic between them. Over the course of the three series, you see Athos, Aramis, Porthos and D’artagnan and the evolution of not only their relationships with one another but also the growth of their individual characters. It’s a journey that is heartfelt, hard fought, and just brilliant and fun to watch. Some of my favourite moments of the show were these intimate moments between these four characters and the demonstration of their unbreakable bond with one another. The four of them are musketeers, brothers-in-arms, and family to one another, all willing to do whatever it took to protect each other, offer council and support, and a good knock on the noggin when one needed it. Even the relationship the four of them had with their Captain Treville, was one element of that brought the show to a whole other level. 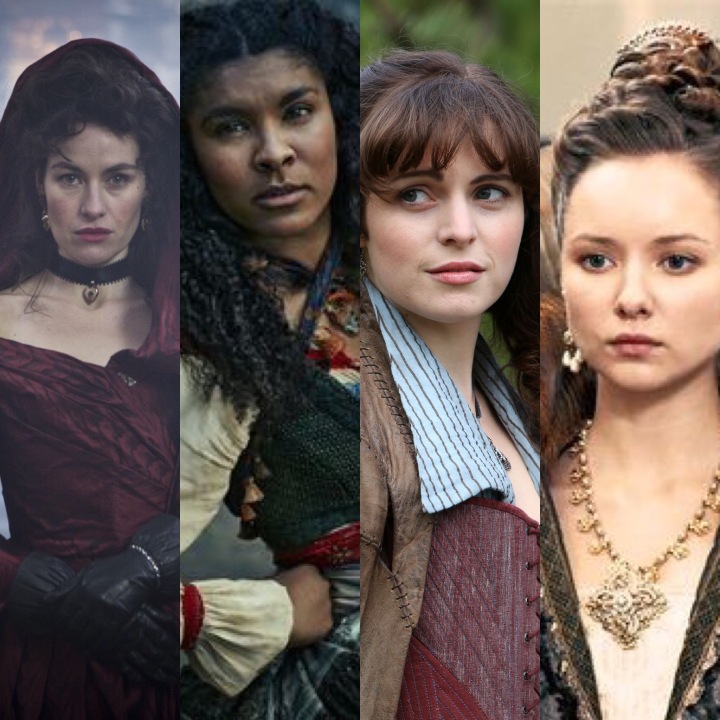 The men don’t get to have all the fun on The Musketeers, though. The ladies of The Musketeers are equally as strong, and independent, passionate, and funny, and kickass as the men, even more so in my humble opinion. From Constance to Milady, to Queen Anne, to Sylvie and many other female characters that appeared throughout the three series run of the show there was a real and thoughtful approach to how the characters were written and portrayed. Every one of these women was multidimensional, each with their own motivations, needs and desires, and dreams. Each of the main female characters faced their own demons, their pasts, their futures, and did so head on, not backing down or shuttering from such a prospect. The friendship between Constance and Queen Anne was a highlight of the show that grew out of the mutual respect and understanding that they had for one another. These women were warriors and equals in every right. Hell, Milady may have a higher kill count than most of the Musketeer’s regiment.

Out of all the characters on the show, Constance Bonacieux was my absolute favourite. It was a delight to watch her grow from a somewhat quiet, sheltered tailor’s wife to this kick-ass, no-holds-barred woman at the end of series three. We see the lengths that she is willing to go to help those she cares about, even if that puts herself in the line of fire. Constance possesses a fire and courage that just blossoms as the series goes on, driven mostly by her own choices and actions. Constance’s growth mirrored that of D’artagnan’s over the course of the series, each of them trying to determine the right path to take to hopefully bring them to the point in which their dreams became reality. Plus, *SPOILER*, she held down the Musketeer regiment while the boys were off fighting the Spanish.

What marks another difference between The Musketeers and other interpretations of the Dumas’ book is that it contains people of colour not only in minor roles but prominent ones too, which unfortunately in this day and age is still something that many television shows still have failed to do. Porthos and D’artagnan make up one-half of the main cast and both are POCs, played respectively by Howard Charles and Luke Pasqualino. The show doesn’t sweep the issue of race underneath the rug; it, in fact, becomes an essential part of the show and its storyline. Issues of race, slavery, prejudice, immigration, refugees and equality among the sexes are all issues that the show touches upon throughout its three series run. I love that The Musketeers takes on these issues and does it in such a glorious fashion.

I highly suggest checking out The Musketeers if you’re looking for an awesome show to binge-watch that’s available on Hulu and Netflix depending on the country in which you reside.